Vasectomy is seen by many men as a way to share the contraceptive burden in their relationship, according to research carried out by the Irish Family Planning Association (IFPA). 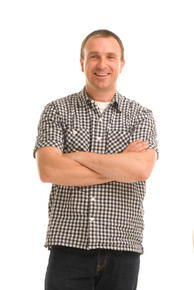 The IFPA carried out the first vasectomy in Ireland in 1973, at a time when other forms of contraception were banned, offering couples a permanent method of avoiding unwanted pregnancies. Since then, the IFPA has carried out over 10,000 vasectomies.

Today vasectomy is regarded as a safe, convenient and effective permanent method of contraception, which is popular for men who want to share the contraceptive burden in their relationship, or want to take control of their own fertility.

The survey indicated that vasectomy is most popular among couples in their thirties who are in a stable relationship with two or three children and who are sure they do not want any more children.

“Vasectomy is an ideal method of permanent contraception for men or couples who want to enjoy sex without fear of pregnancy. It has become a very acceptable choice thanks to some brave men who broke the taboo and spoke about their own experiences of vasectomy such has the recently deceased broadcaster Gerry Ryan.”

Vasectomy is a minor surgical procedure that seals the tubes which carry the sperm from your testicles to your penis. The operation is carried out under local anaesthetic and takes about 10 minutes to complete. After the operation you will still be able to ejaculate, but your semen will no longer contain any sperm so you cannot make your partner pregnant. The sperm in your testicles are naturally reabsorbed back into the body and do not build up. Two follow-up tests are required to confirm the absence of sperm in your semen.