DUBLIN: Young people from around the country gathered in Dublin to join 50,000 people worldwide in a statement to world leaders about HIV and AIDS. 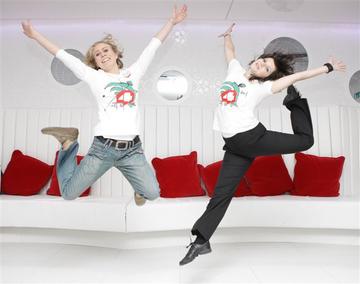 On the Saturday before World AIDS Day tens of thousands of young people in 21 countries across five continents used their voice and feet to deliver a statement against HIV and AIDS. United by one cause and connected via live satellite, they performed a hip hop dance drill and asked world leaders to remember the promises they made to young people under the Millennium Development Goals. Almost 50,000 young people across the globe were connected via live satellite during the event.

The Irish element of this global event took place at Vanilla Nightclub, Hampton Hotel in Donnybrook, Dublin and featured young people from schools and youth groups across the country, which have participated in the dance4life programme. dance4life is an international initiative which uses dance, media and workshops to help young people engage in the issue of HIV/AIDS and their own sexual health. The programme is offered to schools and youth organisations in Ireland free of charge by the Irish Family Planning Association (IFPA) and since 2006 almost 4,000 young people have participated in the programme.

Speaking at the event Ann Kennedy, IFPA’s dance4life Coordinator said: “Almost half of the 7,400 people infected with HIV every day in the world are young people under 25. Not only are young people the most affected by HIV, but they have never known a world without HIV. In Ireland young people are often seen as the problem, at dance4life we see them as the solution. By uniting all over the world and demanding change, they can make a difference.

“Coming up to World AIDS Day it is important for young people living in Ireland to remember that HIV has no borders. It is a global issue that affects people in Ireland as well as overseas. In Ireland 395 people were diagnosed with HIV last year.” 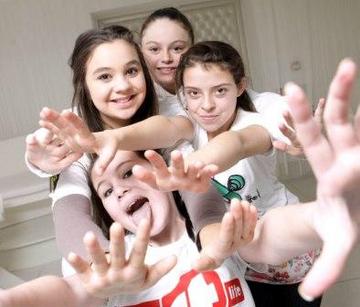 Grace Wilentz, member of IFPA’s youth advocacy group ASK, said at the event: “Young people want to take responsibility for their own sexual health and protect themselves against HIV and other sexually transmitted infections. Today we are telling Irish and world leaders that they must give young people the opportunity to take responsibility and the first step is giving young people access to services, information and education.”

dance4life is an international initiative which uses dance, music, film and workshops to help young people engage in the issue of HIV/AIDS and their own sexual health. Headquartered in Holland the programme is active in 27 countries around the world. Since its establishment in 2003 dance4life has reached over 550,000 young people around the world. The programme is offered to schools and youth organisations in Ireland free of charge by the Irish Family Planning Association.

See: Photos from the event here

Facebook: Keep up to date on the latest news here.