Over 400 young people will mark World AIDS Day at a hip hop and sexual health event in Ballyfermot, Dublin on December 1 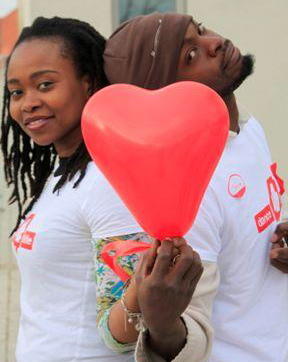 The Irish Family Planning Association (IFPA) and The Base Youth Centre, Ballyfermot, teamed up to deliver dance4life (an AIDS and sex education programme) to 420 young people from schools and youth organisations in the area.

The dance4life programme uses dance, music, film and workshops to help young people engage in the issue of HIV/AIDS and their own sexual health.

This dance is the same dance taught to the 680,000 young people around the world who are also engaged in the dance4life programme. The programme is operating in 27 different countries, from places as far apart as Russia, Sierra Leone and Moldova.

Amel Yacef, Youth Health Programme Leader at the Base said, “I would like to welcome the volunteer dancers and DJs from dance4life to the Base. This is a really exciting event at the Base and we are delighted to be able to involve so many local young people. My hope is that our events held today to mark World AIDS Day will help inform young people about their sexual health.”

Ann Kennedy, dance4life co-ordinator with the IFPA said: “On world AIDS Day it is important for young Irish people to understand that HIV has no borders. It is a global issue that affects people in Ireland as well as overseas. On this day, however, we should encourage young people in Ireland to think about the circumstances of their peers living in the developing world.

“Our programme helps young people engage in the complex issues around AIDS and their own sexual health. It also provides a tangible link to 680,000 young people in 27 countries across the world who are also engaged in this programme.

“The key word is on World Aids Day is responsibility. Young people need to take responsibility for their own sexual health and protect themselves against HIV and other sexually transmitted diseases.” 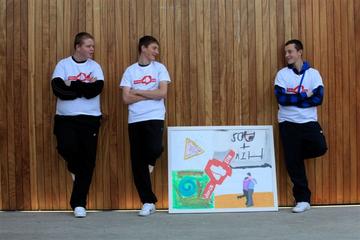 In the last three months the dance4life programme has been delivered to nearly 1,200 young people in schools, youth organisations and third level institutions across the country. Plans for the future include delivering the programme to separated children seeking asylum.

The event in The Base Youth Centre today is a warm up for a much larger event which will take place next year. This worldwide dance4life event will take on the Saturday before World AIDS day and will involve dance events in each of the participating countries connected via satellite.

See pictures from the event here.

The Base youth centre and childcare facility is one of the first of its kind in Europe. The facility supports children and young people living in Ballyfermot and surrounding areas in West Dublin. The wide range of programmes, services and activities contribute towards improving the personal, social, educational and psychological, physical and general well-being of children and young people and help them to fully engage in society.

dance4life is a HIV/AIDS awareness sex education programme for young people run by the IFPA. It is being taught in 27 different countries around the world, from places as far apart as Russia, Sierra Leone and Moldova. The drill is followed by the Skills4life Programme workshops, which explores issues around HIV and AIDS, self-esteem, decision making, respect and responsibility.