"Who every you like, love safer sex" was the message today (14.02.11) in UCD where SHAG Week (USI's Sexual Health Awareness Guidance Week) was officially launched by IFPA's Medical Director Dr Caitriona Henchion. 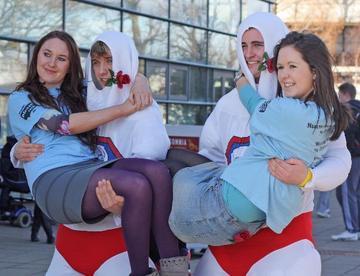 The aim of the campaign week is to open up conversation among students about sex and sexuality.

The campaign launch incorporated a question and answer session with USI Welfare Officer, Rebecca Murphy, Education Coordinator from AIDS West, Siobhan Higgins, and Dr. Henchion. Durex’s sexual health magician, who has performed in colleges all over Ireland in recent years, also performed at the event.

USI will distribute approximately 40,000 sexual health awareness packs across the country throughout the week. Each SHAG pack has a Durex condom and information on contraception to allow students to make safe choices when it comes to their sexual health. All the information provided aims to help students have safer sex and make informed decisions regarding their contraceptive choices.

Dr. Caitriona Henchion, Medical Director of the IFPA said: “Sexuality is an integral part of being human. Young people need access to comprehensive sexual health services, education and information to lead healthy, safe and empowered lives. In Ireland we are falling far short of the mark. 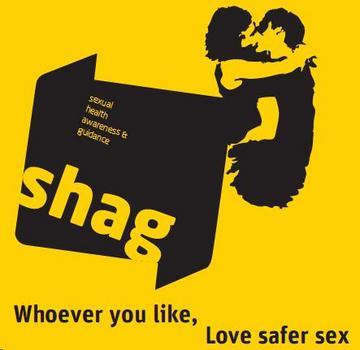 “As we face into an election the IFPA calls on all political parties to make a firm commitment to develop a comprehensive national sexual health strategy with a well resourced action plan to include dedicated services, education and screening for young people.”

Speaking at the launch USI President, Gary Redmond, said: “USI’s SHAG Week is a vital campaign, which aims to maintain the sexual health of the students of Ireland. There will be an influx of SHAG packs in colleges nationwide, which will hopefully encourage the student population to talk frankly about safer sex. Various organisations have worked together with USI to make SHAG Week possible – all agree that students must become more educated in terms of sexual health and issues relating to practising safer sex.

"Various USI officers were even arrested for distributing condoms during the seventies and early eighties. And while society has become more open, and the role of contraception is now discussed more freely, we still need to ensure that students understand the risks associated with unsafe sex. There still seems to be a taboo when it comes to talking about sex related issues. We want to break through these barriers and encourage people to practice safer sex and to look after their sexual health by getting screened for STIs.”

USI Welfare Officer, Rebecca Murphy, said: “USI are delighted to work once again with Durex for SHAG Week – 40,000 SHAG packs with a Durex condom, Durex lube and sexual health and STI testing information will be distributed to over 30 colleges on the island of Ireland. Sexual health is an integral part of student health. There has been a dramatic rise in the numbers of Sexually Transmitted Infections reported in Ireland. By running this campaign, USI want to encourage students to talk about their sexual health.

"With over 60% of STIs diagnosed in the 20-29 year old age group, it is more important now than ever before to promote safer sex practices in our young people. Most STIs are symptomless so if you're sexually active the only way to know you're healthy is by getting regular STI tests. Our SHAG clinic card can be kept in your wallet and has information on testing facilities all over the country.”