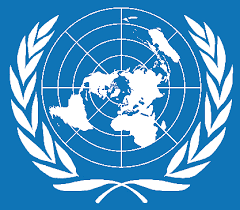 The United Nations (UN) Committee Against Torture has today (27.07.17) questioned Ireland about the lack of progress in reforming Ireland’s abortion laws. Committee member and rapporteur for Ireland, Felice Gaer, has said she is troubled by Ireland’s failure to reform the abortion laws, and that four UN Treaty Monitoring Bodies have expressed concern at the incompatibility of Ireland's abortion laws with international human rights obligations since 2013.

The ten-member Committee is reviewing Ireland’s implementation of the Convention on Torture and Other Cruel, Inhuman or Degrading Treatment or Punishment. A second Committee member, Claude Heller Roussant highlighted the need for the Government to raise public awareness of Ireland’s human rights obligations in relation to abortion reform.

Mr Behan continued: “That Ireland’s abortion laws have come to the attention of the UN Torture Committee should be a wake-up call to the State. This Committee cannot be ignored: Ireland must end reproductive coercion and fulfil its obligations under international human rights law by introducing abortion services that respect women’s human rights, health and autonomy.”