Majira Graduation Event at the Mansion House in Dublin

Today 12 women seeking asylum in Ireland graduated from a 10-week empowerment coursefocusing on sexual and reproductive health and rights in Dublin. 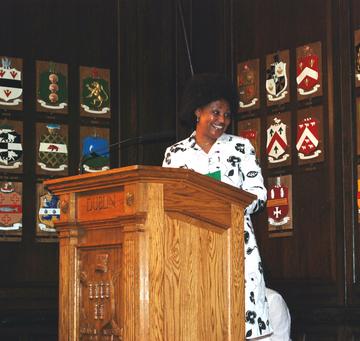 The event took place in The Oak Room of the Mansion House and was attended by the Lord Mayor Cllr Emer Costello and Senator Fiona O’Malley.

The training course was undertaken by the Irish Family Planning Association (IFPA) with input from AkiDwA, the national network of African and migrant women living in Ireland.

The programme is entitled Majira, which means ‘family planning’ in Swahili, but it can also be translated as ‘seasons’. Earlier this week a group of 17 women graduated from a similar course in Limerick. Deputy Jan O’Sullivan officiated at this event.

The Lord Mayor told the Majira participants that she was delighted that they were one of the first groups she has welcomed to the Mansion House.

“I know that this course will have a major impact on the communities you go back to and will also impact on future policy in Ireland,” she said.

She commended the course for “empowering women” and giving women the tools to “network with other women”.

Senator O’Malley congratulated the IFPA and AkiDwA on the success of the programme and congratulated the participants’ achievements. She highlighted how we all have a role to play in improving the environment in which women face barriers to sexual and reproductive health care.

“This involves challenging restrictive gender roles at every level and across cultures, recognition from service providers that women have a right to culturally competent and dignified health care, policies that reflect women’s human rights to sexual and reproductive health and also supporting communities to articulate their specific needs.”

It is hoped that course participants will pass on the knowledge gained in this course to their communities and will benefit from an improved understanding available health services, explains Lynn Harnedy, Majira Programme Officer with the IFPA. 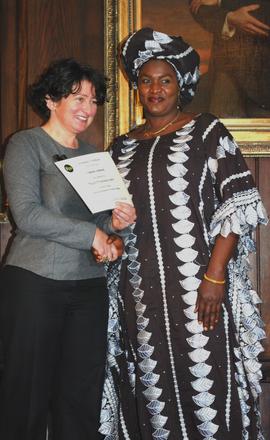 “Barriers include lack of information about available services, negative attitudes from front-line health workers and communication difficulties. In addition, they can face issues such as strict gender roles within families, female genital mutilation and higher risk of domestic violence.

“Finally, vulnerability to sexual violence particularly within reception centre makes them more at risk of STIs and crisis pregnancies. Travel restrictions due to immigration status can result in illegal abortion.”

The Majira project aims to address some of these barriers by providing information, a safe space for discussion and developing strategies and skills to overcome these obstacles, she explains.

“As women are empowered to express their needs, access services and assert their rights in relation to sexual and reproductive health, they not only improve their own health and wellbeing but are also empowered in other areas of their life,” says Lynn Harnedy.

Issues highlighted in the training sessions and the health checks were debated at a forum in Dublin last Friday. This debate will feed into the production of a handbook for health service providers on how to work sensitively with female asylum seekers and refugees in the area of sexual and reproductive health.

There are 1,998 women and girls of reproductive age (13-45) living in direct-provision accommodation in Ireland. Approximately 2,500 women living in Ireland have undergone female genital mutilation. There are 420,000 foreign nationals living in Ireland, representing 10 per cent of the whole population.

About the Majira Programme:

The Majira Programme is funded by the EU through the European Refugee Fund, administered by the Office of the Minister for Integration and managed by Pobal.

In total 31 women living throughout Ireland took part in the training course. Participants were offered free medical check ups and health screening with the IFPA as part of the project.

Building on the experience of this training component, the Majira initiative will also engage in a stakeholder consultative process to produce a tool kit for healthcare providers and policy makers on how to work sensitively with female refugees and asylum seekers in the area of sexual and reproductive health.

Research has shown that women belonging to ethnic minorities experience significant barriers to accessing medical care and organisations working with migrant communities have identified sexual and reproductive health as a particular area of concern.

A study carried out by the IFPA in indicated that countries with the highest number of asylum applicants to Ireland often have the lowest levels of modern family planning.

The Irish Family Planning Association (IFPA) has been to the fore in setting the agenda for sexual and reproductive rights in Ireland for the last 40 years. The IFPA offers a comprehensive range of services designed to promote sexual health and support reproductive choice. It works with people of all age, gender, nationality and sexual orientation and offers sexual and reproductive health services, pregnancy counselling and education and training on a not-for-profit basis.