IFPA's dance4life team and participants celebrated World AIDS Day on December 1st with a number of different activities around the country. 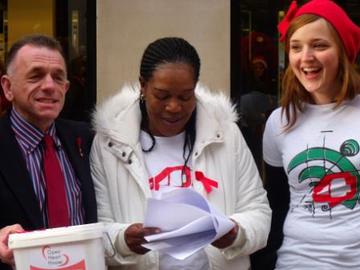 The dance4life programme has been delivered to 2,215 young people this year.

“Young people want to take responsibility for their own sexual health and protect themselves against HIV and other sexually transmitted infections,” according to said Ann Kennedy IFPA's dance4life Coordinator