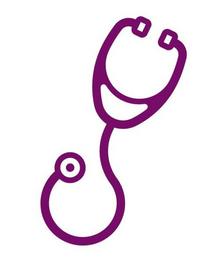 This lack of clarity in Irish law regarding the status of prescribing contraception to young people under the age of 16 is a serious deterrent to young people in need of sexual health services, according to Dr Henchion. It also poses a major dilemma for doctors who are ethically required to provide a confidential service which is in the best interest of their client, she added.

“It is the IFPA’s experience that young people would rather run the risk of unplanned pregnancies and STIs, than face the possibility of their parents finding out about their sexual activities. Young people are also concerned that doctors could refuse treatment or report a consensual relationship between people aged under 17. Meanwhile, doctors who provide sexual health services do so in a legal vacuum,” she said.

Dr Henchion was speaking at a briefing event attended by healthcare professionals, youth workers and legal experts. At the event the results of a survey of 251 consultations with young people at the IFPA’s city centre clinic over the last five years was presented.

A total of 65% of young people who attended our clinic attended on their own. In the under 16 age group 54% of clients were unaccompanied. In these cases the doctor had to decide whether to provide services based on the young person’s maturity.

Also speaking at the event was IFPA Legal Consultant Natalie McDonnell who welcomed proposed legislative reforms from the Law Reform Commission that would allow for the views of mature teenagers to be taken into account in the context of consenting to medical treatment. However, some of the proposed terminology is unclear and undermines the effectiveness of the proposals, she said.

“Young people should not have to face uncertainty about services and should be entitled to avail of confidential services without fear of betrayal and without threat of refusal of care. In addition, medical professionals deserve the protection of the law when they supply services which, after careful assessment, they decide are in young people’s best interests.

“Barriers to sexual health services are dangerous to the health and welfare of young people because they increase their risk of unplanned pregnancies and STIs. Giving young people the ability to consent to their own medical care would be a major step towards keeping young people safe and healthy,” said Dr Henchion.