Photo Exhibition: Bolivia, Reaching out to At Risk Adolescents

The role youth-friendly outreach services can play in alleviating poverty among at-risk adolescents is the focus of a photo exhibition, which was launched today (3.02.10) by Senator Fiona O’Malley at the European Public Information Centre, 18 Dawson Street, Dublin 2. 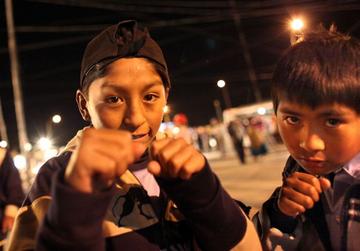 This series of photographs was taken during a visit of Irish politicians, journalists and representative of the Irish Family Planning Association (IFPA) to Bolivia in March 2009 to learn about the sexual and reproductive health and rights needs of vulnerable young people.

The photographs, taken by photographer Crispin Rodwell, document the lives of young people in Bolivia who benefit from an innovative outreach programme called Most at Risk Adolescents. Funded by the European Commission and implemented by the Centro de Investigacion, Educacion y Servicios (CIES), the programme seeks to improve the lives of street youth and other marginalised young people in Bolivia. 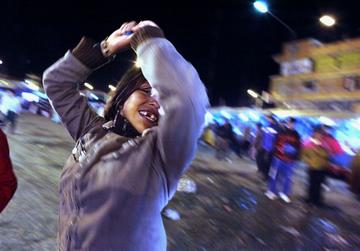 Local and national policies, strategies and services tend to exclude the needs of this group because they are perceived to be too complex and/or not deserving of care.

Speaking at the event Senator Fiona O’Malley said: “On this study tour we had an opportunity to see first hand the very real benefits of targeted and innovative health interventions in a very low resource setting. We could see how very simple and inexpensive interventions helped young people avoid unwanted pregnancy, prevent the transmission of HIV and address underlying issues of gender based violence.”

Speaking at the event Meghan Doherty said: “With this exhibition we wanted to show that the needs of vulnerable young people are complicated and vast but that with investment in organisations like CIES, there is the possibility of a future for them. The images clearly illustrate how their lives can be improved through the long-term efforts of dedicated outreach workers and service providers.

“The European Commission funded this programme for three years but unfortunately this funding has finished. We hope that even in these times of budget cuts, Irish Aid will recognise the importance of supporting programmes like this one that seek to alleviate the suffering of the poorest and most marginalised groups and that also strengthen structural systems to ensure sustainability.” 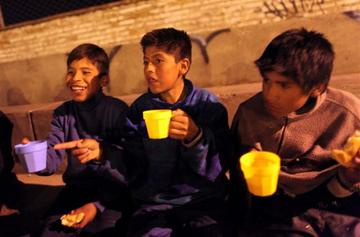 The exhibition launch coincides with the publication of a report entitled Improving the Sexual and Reproductive Health and Rights of Most at Risk Adolescents, which documents the study tour. The delegation who travelled to Bolivia comprised Senator Fiona O’Malley, Senator Dominic Hannigan, Deputy John Deasy, Caroline O’Doherty from the Irish Examiner, photographer Crispin Rodwell and Niall Behan and Meghan Doherty from the IFPA.

The exhibition is open to the public from 9am to 5pm from February 4th to 11th.