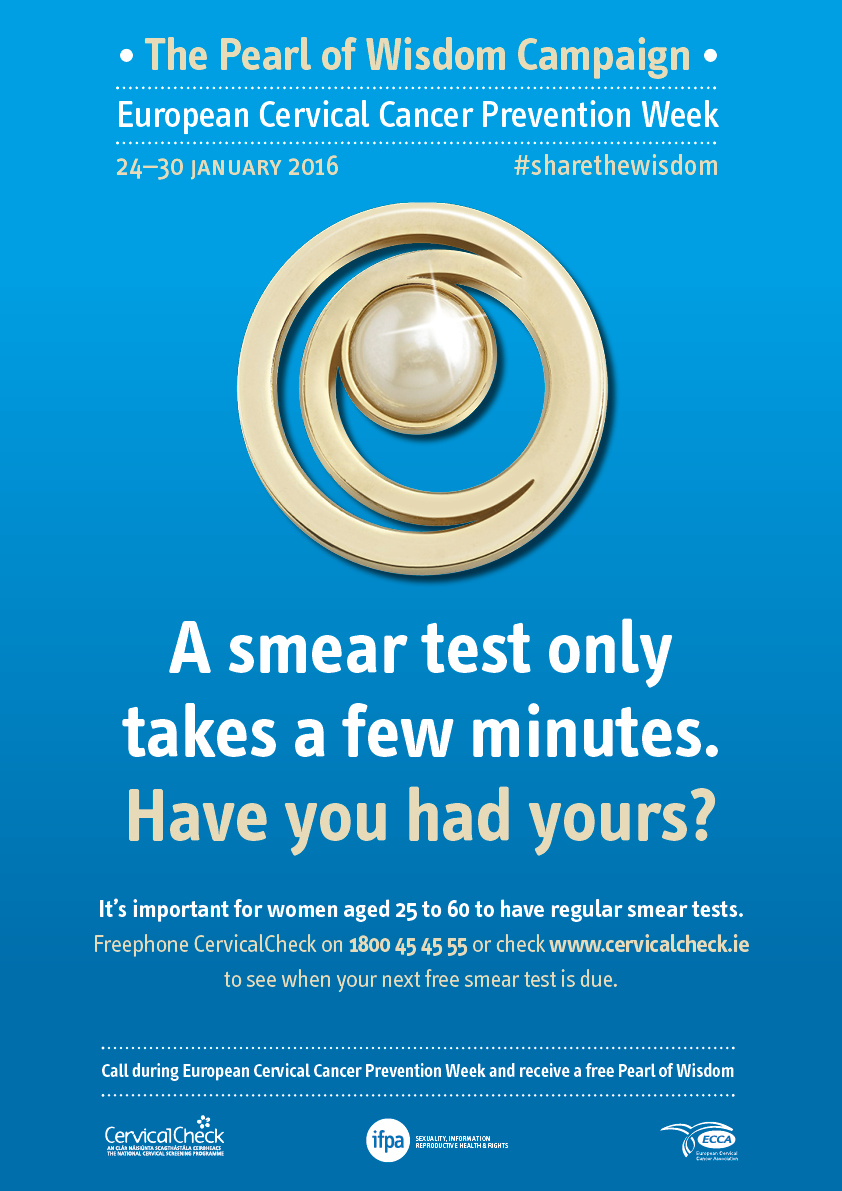 European Cervical Cancer Prevention Week 2016 took place from January 25th to 30th. To highlight the week, the IFPA once again partnered with CervicalCheck – The National Cervical Screening Programme on the Pearl of Wisdom Campaign.

Worldwide, cervical cancer is the second most common cancer affecting women after breast cancer. In Ireland, about 300 women are diagnosed with cervical cancer each year and over 90 women die from the disease.

Regular cervical screening, by smear tests, is the most effective way to prevent cervical cancer. Through CervicalCheck, women aged 25 to 60 can avail of free regular smear tests from over 4,700 registered practitioners of their choice, including the IFPA.

During the Pearl of Wisdom Campaign, we urged all women aged 25 to 60 to check when their next free smear test is due, or register for their first free smear test, on www.cervicalcheck.ie or by calling CervicalCheck on Freephone 1800 45 45 55.

The Pearl of Wisdom pin (right) is the symbol of cervical cancer prevention. We distributed 20,000 pins to health promotion networks across Ireland and asked women to wear a pin during the week to highlight the importance of regular smear tests and to show solidarity to those women affected by cervical cancer.

Well-known national broadcaster Maura Derrane (below) was once again the ambassador for the Pearl of Wisdom Campaign. See our press release and further images below.

To register your interest in participating in the Pearl of Wisdom Campaign 2017, contact Denise Ryan, IFPA Communications Officer, at denise@ifpa.ie. 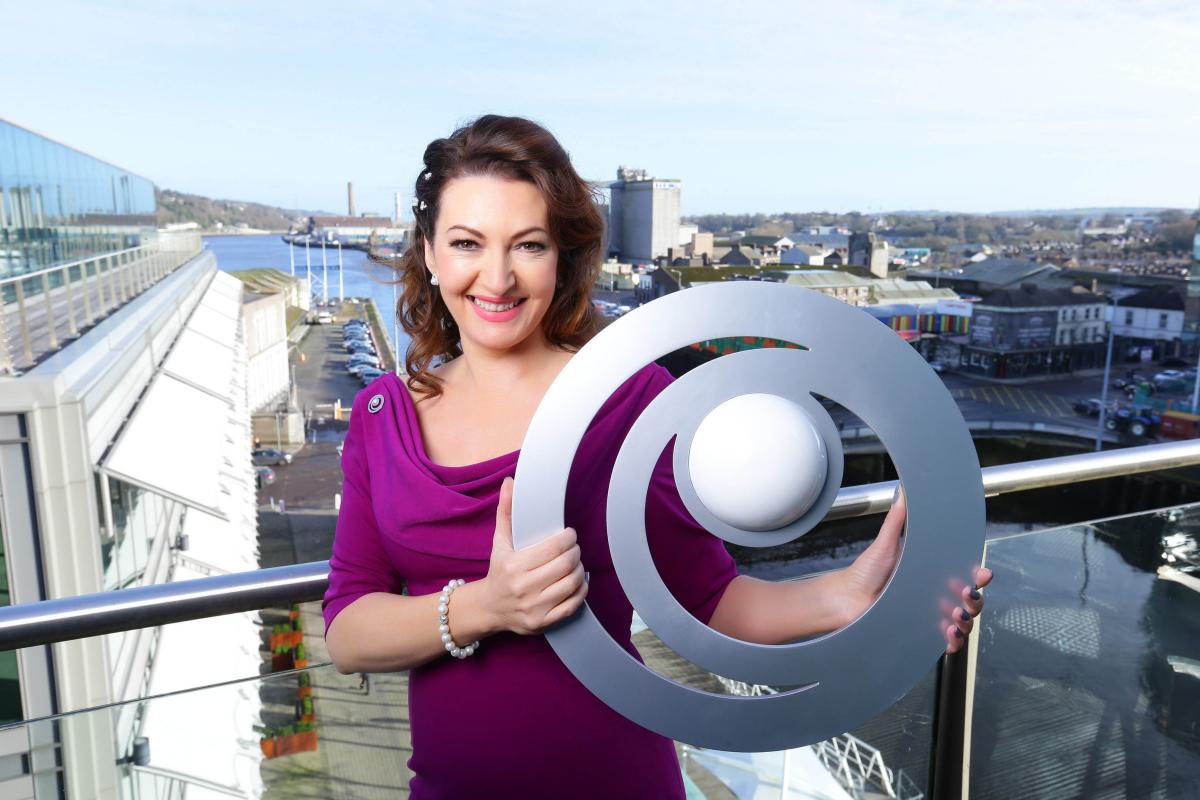 Women aged 25 to 60 across Ireland are being urged this week to look after their health by making sure they’re up to date with their free smear test to help prevent cervical cancer.

The call comes from the Irish Family Planning Association (IFPA) and CervicalCheck – The National Cervical Screening Programme on the launch of their Pearl of Wisdom campaign. The campaign marks the beginning of European Cervical Cancer Prevention Week, which takes place from January 24th to 30th.

Cervical cancer affects about 300 women in Ireland each year and over 90 women die from the disease. The best prevention is through regular screening by smear tests. Through CervicalCheck, women aged 25 to 60 can avail of free regular smear tests from any registered practitioner of their choice.

During the Pearl of Wisdom campaign this week, women are being encouraged to check when their next free smear test is due, or register to have their first smear test, at www.cervicalcheck.ie or by calling Freephone 1800 45 45 55. Women are also being urged to share the wisdom about the importance of regular cervical screening with other women.

The Pearl of Wisdom pin is the emblem of cervical cancer prevention. To highlight the importance of regular cervical screening, the IFPA and CervicalCheck have distributed 20,000 pins to women across Ireland through local health promotion networks.

The ambassador for the Pearl of Wisdom campaign is RTÉ broadcaster Maura Derrane. A number of awareness events are being held across the country during the week, while the campaign is being promoted on social media with the hashtag #sharethewisdom.

Speaking at the launch, IFPA Medical Director Dr Caitriona Henchion stated: “Cervical cancer is one of the main cancers affecting women in Ireland but it is also one of the most preventable. Regular cervical screening aims to pick up pre-cancerous changes to the cervix, ensuring early detection. The IFPA’s clinics in Dublin provide free cervical screening, as do over 4,700 GPs, practice nurses and health clinics nationwide. I would encourage all women aged 25 to 60 to make regular smear tests part of their health routine.”

Dr. Gráinne Flannelly, Clinical Director of Colposcopy at CervicalCheck, commented: “Cervical cancer takes a long time to develop and often has no symptoms, which is why regular screening is so important. Over 78% of the eligible 1.1 million women in Ireland have availed of CervicalCheck. We want to increase this even further, so this week we are calling on women aged 25 to 60 to make sure they’re up to date with their free smear test and to share the wisdom about cervical screening with other women in their lives.”

RTÉ’s Today presenter, Maura Derrane, ambassador for the Pearl of Wisdom campaign, stated: “As women, and especially as mothers, we tend to look after other people’s health before our own. Regular cervical screening is really important and we need to encourage more women to avail of it. No-one likes the idea of a smear test but here’s the thing: it’s a simple test that takes a few minutes, it’s free, and it could save your life. So this week, look after your health and check when your next smear test is due.”

Also commenting on the campaign was Dr. Philip Davies, Director General of the European Cervical Cancer Association: “30,000 women die from cervical cancer each year in Europe; many of these deaths are preventable. Through CervicalCheck and the HPV vaccination programme, Ireland has one of the best cervical cancer prevention programmes in Europe and it’s completely free. I urge all women aged 25 to 60 to avail of their free smear tests.”

Regular smear tests are free and only take a few minutes: have you had yours? Maura Derrane launches the IFPA's Pearl of Wisdom campaign, promoting European Cervical Cancer Prevention Week 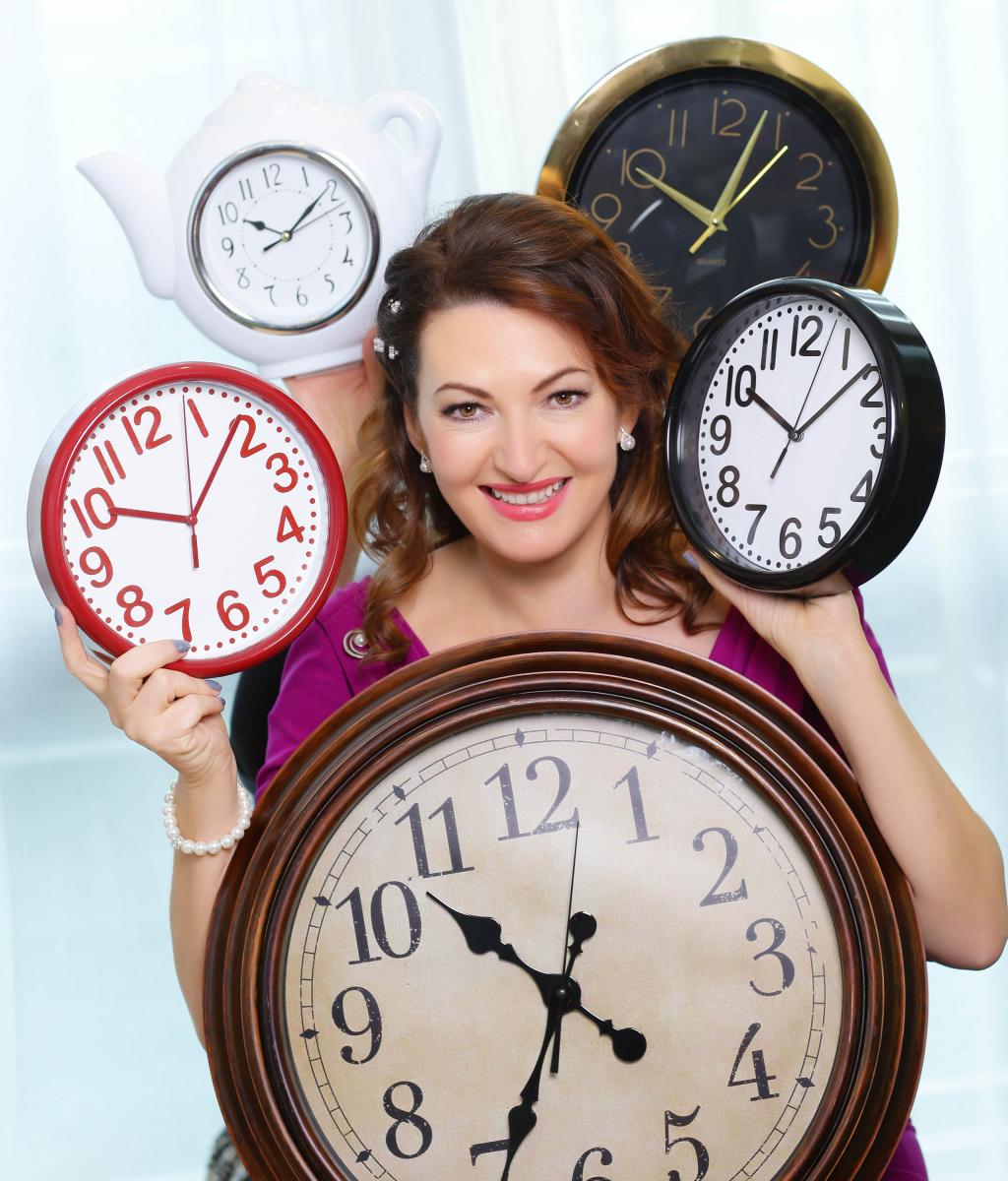 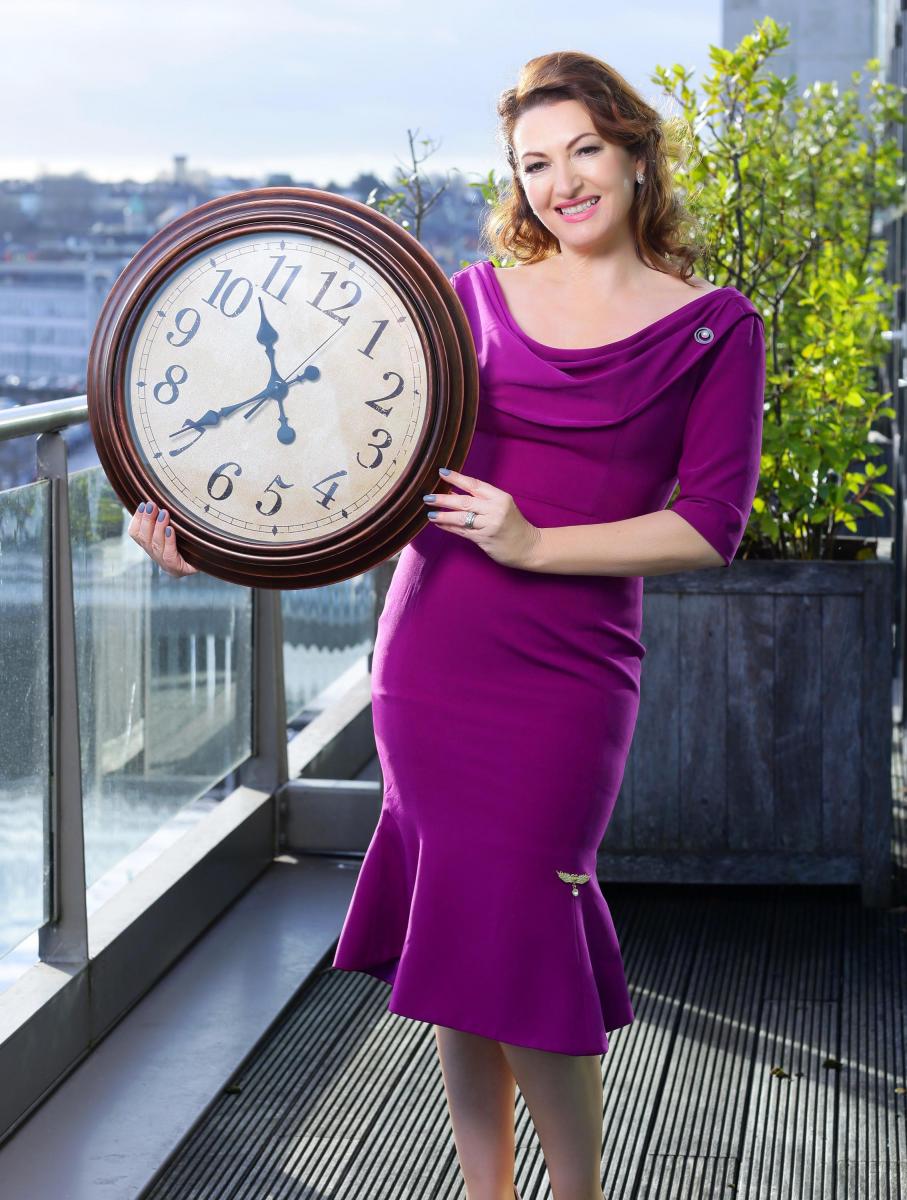 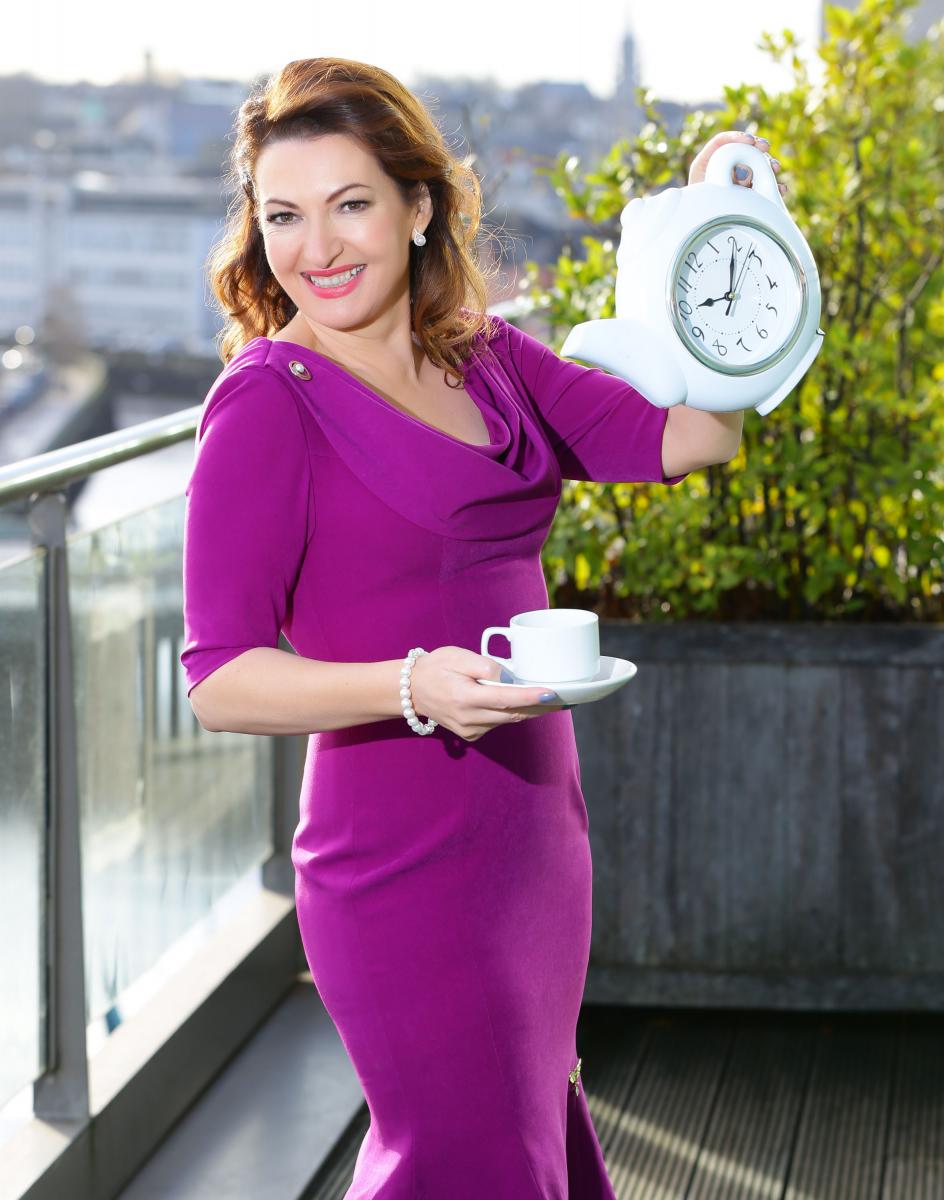