The Government's decision to delay the implementation of the ABC v Ireland judgment illustrates a disregard for women's human rights, according to the Irish Family Planning Association. 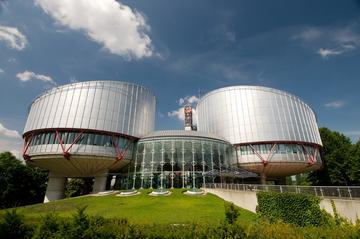 Last week the Government announced it is to set up an expert group by November to determine how it should respond to the ABC v Ireland judgment at the European Court of Human Rights. The Court unanimously found that Ireland's restrictive abortion law violates women's human rights and that abortion, in certain circumstances, should be legally accessible in Ireland.

Responding to the news that yet another official committee is to be established IFPA Chief Executive Niall Behan said: "The Government's decision to establish yet another committee to investigate this issue shows a disappointing lack of leadership. This decision essentially delays of the implementation of the ABC v Ireland judgment. When it comes to abortion to protect women's life and health the Government is in danger of falling into the same pattern of inaction adopted by past governments.

"Three all party Oireachtas committees have already undertaken lengthy consultation proceedings on abortion. It is unlikely that the establishment of an expert group will satisfy the requirements of the European Court of Human Rights judgment. The Court has already criticised the State for failing to act on recommendations from the extensive and costly public and parliamentary processes that have already taken place.

"Failure to take decisive action regarding lawful abortion in Ireland over the last two decades has resulted in an erosion of Ireland's international human rights reputation. The Government must restore Ireland's tarnished human rights reputation by swiftly implementing the constitutional right to abortion established in the Supreme Court judgment on the X Case and two subsequent referenda.

"Every day that the State fails to reform its restrictive abortion laws, it is violating the judgment of the European Court of Human Rights. We've had a long and in-depth process as well as much debate; it's time for the Government to act decisively and provide legal certainty on when a physician may carry out an abortion in Ireland."

The ABC v Ireland case was taken by three women, supported by the IFPA, who travelled abroad for abortion services. They argued that the criminalisation of abortion services in Ireland jeopardised their health and wellbeing, in violation of a number of articles of the European Convention on Human Rights.

The case was heard before the Court’s Grand Chamber of 17 judges, which is reserved to hear cases that raise serious questions affecting the interpretation of the European Convention on Human Rights.

The judges unanimously ruled that Ireland's failure to implement the existing constitutional right to a lawful abortion in Ireland when a woman's life is at risk violates Article 8 of the European Convention on Human Rights. The decision reaffirmed the Supreme Court X Case judgment of 1992 and two preceding referenda.