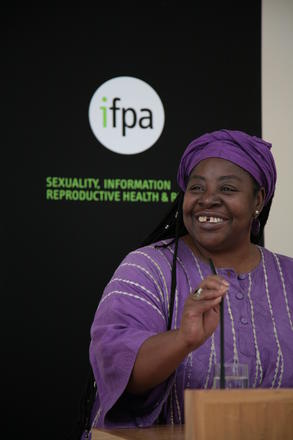 Loretta Ross, founding member of the US women's movement SisterSong, was the keynote speaker at a reproductive justice conference in Dublin.

Organised by the Irish Family Planning Association (IFPA) and UCD's Women's Studies Centre, the conference explored the issues of reproductive health and social justice. It is one of a number of events organised this year to mark the IFPA's 40 anniversary.

Welcoming delegates, CEO of IFPA Niall Behan said there has been remarkable progress on issues such as contraception, homosexuality, sex education and abortion information in Ireland in the last 40 years.

"None of this would have possible without many groups and individuals coming together to move these issues forward. But we still have considerable work to do. My hope for today is that our discussions will inspire us, to renew our commitment to full sexual reproductive health and rights for everyone."

Speaking at the event Ross stressed the importance of looking at reproductive health and rights in a social justice framework.
"This framework includes highlighting the right to have and not to have children and the right to parent our children."

Also speaking at the conference was Susan McKay, Director of the National Women's Council of Ireland, who said that Ireland has made considerable progress in terms of reproductive and health rights and the country was now ready to look at reproductive health in a social justice context. 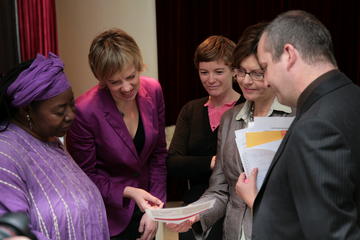